Meet Iko! Iko is about 20 months old, and is a 62 lb black Labrador mix with white socks.

Iko was adopted in a bit of a ‘mad rush’ to clear a shelter, and he might have missed a thorough evaluation. Unfortunately for him, he’s not a great fit for his current family and his old rescue is unable to take him back, so his owners reached out to HARA to help place him with a family that would be a better fit or him.

Iko is very athletic and loves water and playing fetch. He’s cuddly with his humans and loves belly rubs. He’s housebroken, good with other dogs, and has been crate trained, but currently sleeps on a dog bed. He has not been cat tested but does have prey drive for small animals outdoors.

He has an unknown past, but we believe Iko was under-socialized when he was younger as he can be fearful when approached by unfamiliar people. He has a bite incident on his record because he was cornered in a car by a stranger, who was attempting to pet him and persisted even after he gave a ‘warning’ by showing his teeth. Iko did snap and make contact, but it was purely out of fear and him being cornered.

Due to his size, mouthiness, and bite incident we would not recommend Iko for homes with children. Iko will need a family that can commit to training him, and more importantly advocating for him in public and around people as he needs to work on being neutral around strangers, rather than worrying about them approaching and petting him! He’s a smart, loving, and very trainable pup that deserves a second chance at a furever family! 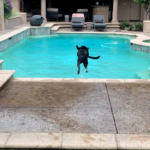 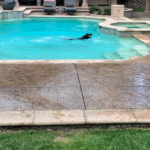 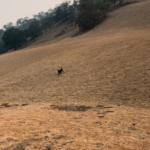 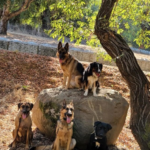 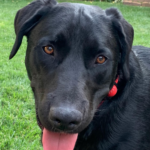 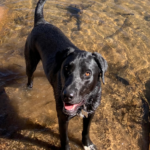 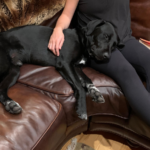 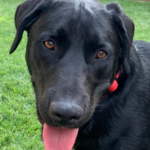