Meet Typhoon! Typhoon is a cuddly, happy, playful Jindo mix from Korea. He was found on the streets, and taken in by rescuers who got him safe, healthy, and socialized. He is a sweet, happy puppy who loves to play, run around, explore, and just be a general goofball.

Typhoon would do best in a home with another dog – preferably a larger one who can set boundaries and teach him the rules. He has some initial fear-issues around new people, and being with another confident dog helps him to open up and trust. When he was brought to the US, he was initially put in a foster home without another dog, and he wasn’t able to build a trust-relationship with the humans. In his current foster home, with other dogs, he has slowly been able to build that relationship, and now he thrives with constant cuddles and kisses! He’s even letting his foster mom pick him up into the air, and roll him over onto his back!

Typhoon is house trained (with a doggie-door), does well on leash, is great with his foster mom’s cat, and almost doesn’t chew on things he’s not supposed to. He’s very smart – he learned the doggie door on his own, in about 30 minutes by watching the other dogs! He just lost his last baby tooth, so he’s about 5 months old. He’s about 29 lbs now, so he can be expected to approximately double in weight. He will take longer to trust and bond to men than women, and would not do well in homes with young children.

Typhoon is being fostered in El Sobrante. He is patiently waiting for a forever home that understands that he will need gentle, ongoing trust-building work for a while, until he grows into his full confident, adult personality! 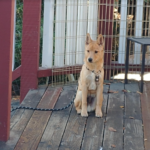 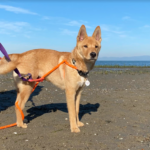 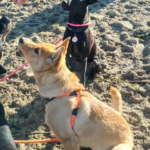 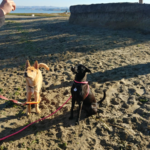 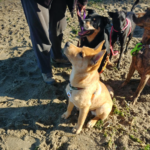 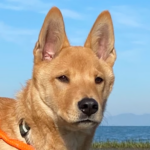