Meet Toga! Toga is an adorable 2 year old FMD/Lab mix. Toga is a very good and sweet dog. In an isolated home environment he listens well, will bark at the mailman and sometimes other noises outside, loves chasing squirrels in the backyard, loves looking out the windows, loves finding treats hidden throughout the house, sleeps most of the day, and just wants to be petted and loved. It is easy to take his harness off/on and he knows to go in the kennel at night for bedtime (with some coaxing with treats). He will tolerate baths outside when water is poured on him in a tub (treats help), getting his nails clipped, and putting hands in his mouth to check out teeth.

Toga is okay with guests as it takes a while for him to warm up to them. Usually he won’t let first time visitors pet him but he will take treats from them from a distance. It will take a few visits from the person before he allows them to touch him but treats significantly speed this process up. Once he warms up to the guest, he may occasionally nudge their hand for petting which is improvement but he can still be weary about a random hand when he’s not ready for it. He also tends to avoid direct hand contact with his head.

Toga likes females significantly more than males, does not like little kids or loud noises, and sometimes does not like to be disturbed when he is laying down. He has been known to be vocal about being disturbed with growls but he does give warnings and does not do anything without warning. He tells you a lot if you pick up on the social clues he gives you. He absolutely loves his twice daily walks and knows the word WALK very well. He loves exploring, moreso than playing with toys. He doesn’t tend to play with toys unless it’s a treat ball.

He listens fairly well on walks but tends to lose focus when he sees a squirrel or sometimes other dogs. He is hit or miss with other dogs, with most of the time a miss. He does tend to tolerate smaller dogs and female dogs but it’s still iffy. He does not like puppies either due to their sporadic movements (similar concept with young children). His new home should be aware of his reaction to other dogs and walk him across the street on walks. Toga is still in training on leash. Toga does well off leash in a closed park provided there are no other dogs and he will listen fairly well.

Toga struggles the most with other dogs, little children, and sometimes with strangers. For the longest time his first instinct was always “flight”. He has gotten significantly better at tolerating and getting accustomed to new experiences but new experiences should always be rewarded with treats to help him. But outside of that he is very sweet and mellow and a very easy dog to take care of.

Commands he has learned:
– watch ( should maintain eye contact for aprx 5 seconds without peeking at distractions)
– sit/stay
– down
– roll over (hit or miss)
– stand
– shake
– touch (he should touch your hand with his nose)
– high five
– circle
– check check (used at parks when he’s far away and you want him to come to you. Immediately give him a high tier treat so he associates this command and coming to you for a good reward). This command should help when at parks and with other distractions nearby.

Toga is extremely food motivated and this makes him pretty easy to train. He picked up touch, check check, stand, roll over, watch very quickly. His foster feeds him chicken based dog food, but he will get treats often, and when he’s good around people he is rewarded with small sticks of mozzarella cheese. Toga also loves peanut butter in a kong, and the treat ball (he has to roll it around to get treats out).

Toga would be ideal for an older family without young children, that isn’t too social (won’t have guests over too often or don’t go on elaborate trips often) and are more of home-bodies but will still take him to parks. He does enjoy the outdoors so a yard would be beneficial as well. We are looking for a home who understands the responsibilities of owning and raising a dog as a member of their family. Toga is patiently waiting! 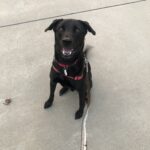 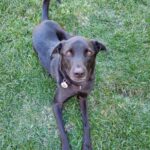 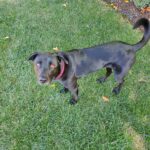 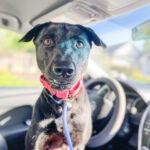 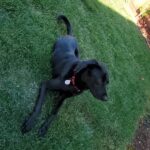 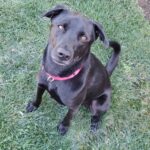 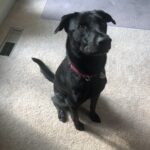 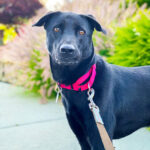 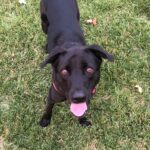 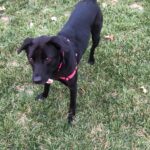 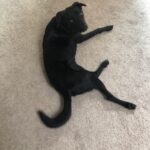 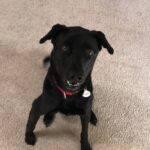 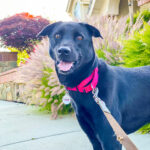 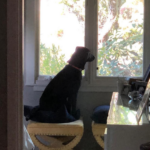 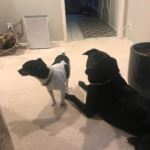 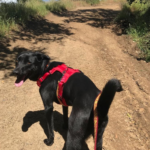 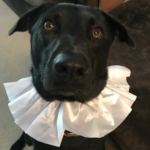 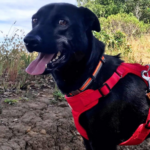 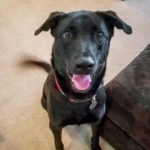 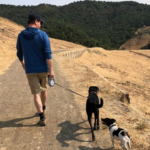 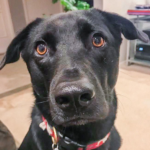 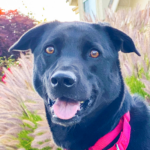