Meet Pony! Pony is an adorable 10 months old Formosan Mountain Dog mix. She was found in the mountains alone at around 2 months old. Nearby residents said they found a few pups poisoned and thinks they were her siblings. Pony was the only survivor. She has since been fully vet checked and living with a loving foster home. Pony is absolutely the sweetest, funniest and most playful little girl!

Pony learned a lot of tricks copying her older foster sister (all for treats of course). Like most dogs, she is treat driven and gets very excited by them. She’s a smart girl and mastered the automatic dog door in less than 12 hours and the neighbor’s dog door in 10 minutes. Pony is a bit shy and timid at first but once she knows you’re her people, she opens up completely.

She loves to be outside, so a home with a dog door that lets her go in/out to play when she wants is ideal and she loves taking her toys in and out of the house all day long. She would do very well in a house with another playful dog to learn from and also to make her feel more at ease. She’s been around some neighborhood cats and has been more curious about them then anything. She does bark at squirrels…her bark is also very cute.

Pony is good with kids but would just need a little time to adjust being around them. She slept in a crate for the first few days in her foster home, but now they leave the door open for her to come and go and sleep where she felt comfortable; which was sometimes on the couch, on the floor, on their bed, or back in her crate. She does well on the leash and enjoys going on walks, exploring, and running around in open spaces. Her foster family’s working on her recall but that will come with consistent training. She’s good in the car and has been on a few 4 hour car rides with no issues.

Pony is such an affectionate and gentle girl. She would be a great fit for an active household and a family that’s ready to love another sweet pup and be adored in return. We are looking for a home who understands the responsibilities of owning and raising a dog as a member of their family. Pony is patiently waiting! 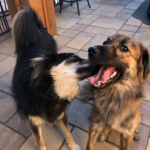 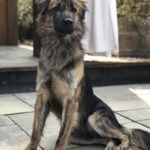 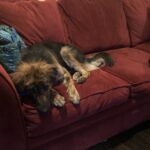 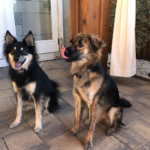 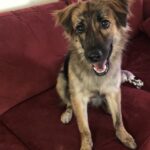 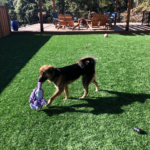 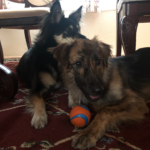 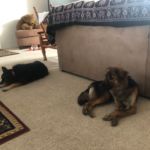 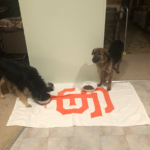 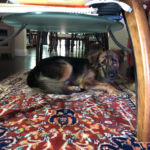 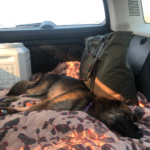 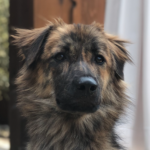